Processor cache designs in current z processors contain distinct cache lines that separate instructions and data. As a result, programs that store data into the instruction stream introduce major inefficiencies into CPU performance. To identify and quantify this issue, IBM has identified the “Store Into Instruction Stream” (SIIS) metric. Updating SIIS programs can result in significant reduction of CPU utilization.

(Note that modern compilers do not cause this condition, but instead it is typically only an issue for older programs written in Assembler.)

IntelliMagic Vision calculates SIIS values by system for processor models beginning with the zEC12 and presents this in the Processor Hardware “Analysis” report sets customized by processor type. 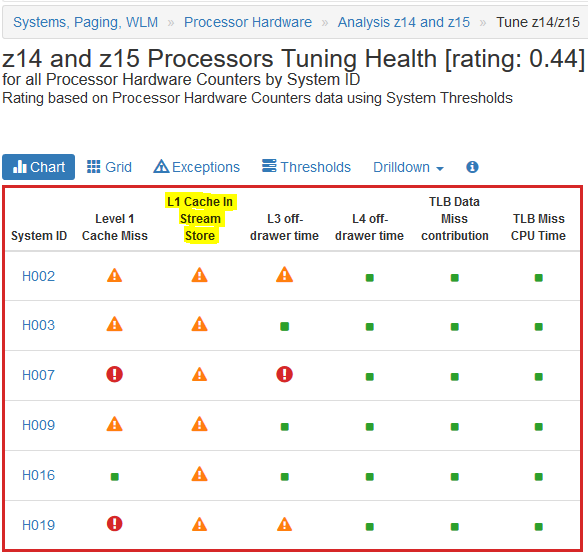 Figure 1 comes from the “Tuning z14/z15” report in the “Analysis z14 and z15” report set, and the SIIS assessments appear under “L1 Cache In Stream Store” alongside other key metrics. The default thresholds used to assess SIIS are aligned with the published IBM recommendations.

As we can see, every system has a warning indicator under the L1 Cache in Stream Store. As is the case with all Health Insights views, the “Time Charts” drilldown displays charts for each metric that can be used to compare their values at a glance. 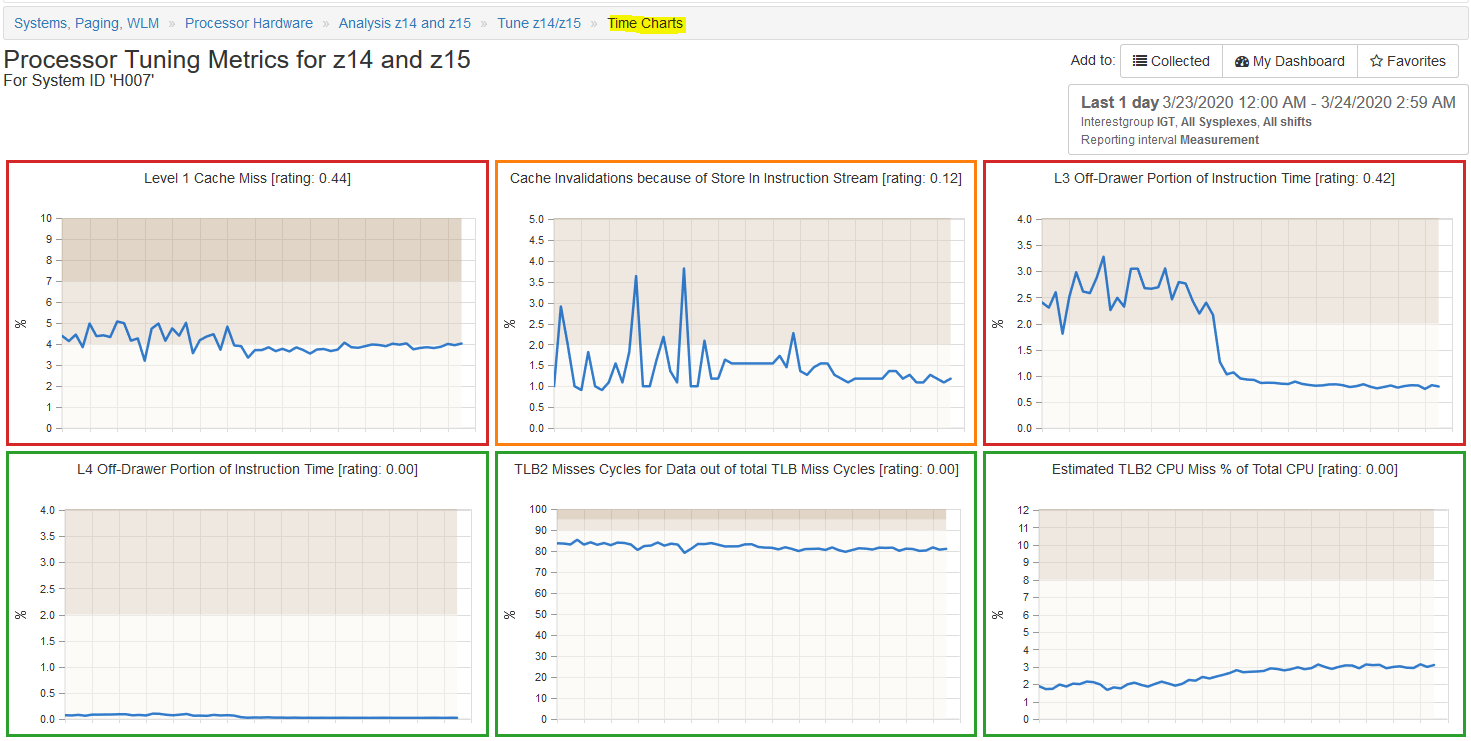 In Figure 2, the Level 1 Cache Miss and L3 Off-Drawer Portion of Instruction Time charts have red borders, indicating the values for these metrics frequently exceed our warning or exception thresholds. Cache Invalidations because of SIIS has a yellow border, indicating a warning, and the L4 Off-Drawer Portion of Instruction Time, the TLB2 Misses Cycles for Data, and the Estimated TLB2 CPU Miss % of Total CPU charts have green borders indicating no warnings or exceptions there.

From this display, any of the time-charts can be selected for more detailed analysis.

Figure 3 shows us the Cache Invalidations for System H007 for a single day.

Figure 3: Cache Invalidations because of SIIS (for one day)

Figure 4 shows the Cache Invalidations for System H007 for each day over the selected interval. The legend of the chart indicates in bold days when more frequent exceptions occur.

Figure 4: Cache Invalidations because of SIIS (by Measure Data)

And we can also look at the Cache Invalidations by day of the week as shown in Figure 5. The profile is relatively consistent across the days, indicating the more “serious offenders” are likely part of a daily batch cycle.

Figure 5: Cache Invalidations because of SIIS (by day of week)

Identify and Resolve Cache Invalidations with Visibility into SIIS Data

IntelliMagic Vision is continually adding support and access to new and important metrics as they emerge and benefit our customers’ ability to manage and optimize their environment, and the recent addition of SIIS metrics is no different.

With easy access to these new metrics, IntelliMagic Vision users can now identify serious Cache Invalidations, drilldown to investigate the issues, and more easily resolve them.

If you’re interested in trying out IntelliMagic Vision for yourself, feel free to email us at info@intellimagic.com, or head over to this page to start a trial.

Getting to Know Your WebSphere for z/OS Workload

There are many areas of WebSphere that can leave even a seasoned z/OS performance specialist scratching their head. The SMF 120-9 records give us a great way to measure and understand our WebSphere workloads like never before.

Sharing data is important, but sharing analyzed data is vital and much more meaningful. Watch this video to see how you can quickly and easily share any of your important reports and analyzed data with others on your team.