With more and more customers moving to IBM’s Enterprise Consumption (EC) solution within Tailored Fit Pricing (TFP), it may be time to revisit some of the old tried-and-true MSU tuning strategies. With EC, all MSUs contribute to your software bill, no matter when they are consumed. In the past, you probably focused on MSU usage during your peak 4HRA and didn’t worry too much about the rest. Now, paying more attention to MSUs at non-peak times literally “pays” in terms of saving real money.

In one sense, it’s déjà vu all over again. Performance analysts have always been focused on optimizing for peaks: peak 4HRA, and peak intervals that push the limits of physical hardware. The overall approach is still the same, but now we also care about unnecessary consumption off-peak. This means we have a lot more to look at, and a lot more opportunity for savings.

At the same time, new members with less tuning experience are joining our teams. It’s a good time to revisit processes, tools, and skills to be sure you’re optimizing as much as possible.

In this blog, I’ll remind you of a simple yet powerful approach to identify workload increases quickly. Remember, the sooner you spot them, the sooner you can remediate the issue and save money.

How to Triage MSU Consumption Changes

They say a picture is worth a thousand words. Figure 1 shows MSU consumption by Workload, for the same system, for two different days. Do you see anything different?

There are several differences in the chart on the right. In particular, the STC workload increased for several hours in the morning, and the IMS workload increased late in the day. Notice that you didn’t have to take much time, or think a lot, or crunch any numbers to get the big picture quickly.

Drilling down to the region level, we see a clear picture in Figure 2.

One region stands out with a dramatic increase beginning at 8:00pm.

You can perform further due diligence, reviewing prior months’ data as well as plotting transaction rates vs. CPU consumption. Once you’re satisfied this increase is not business-as-usual, it’s time to ask the IMS team to investigate.

The point of this exercise was to quickly identify an increase that could consume MSUs if left unchecked, and you’ve done that.

Figure 1 also showed an increase in workload STC. Let’s drill down to the address space level there as well, as shown in Figure 4. 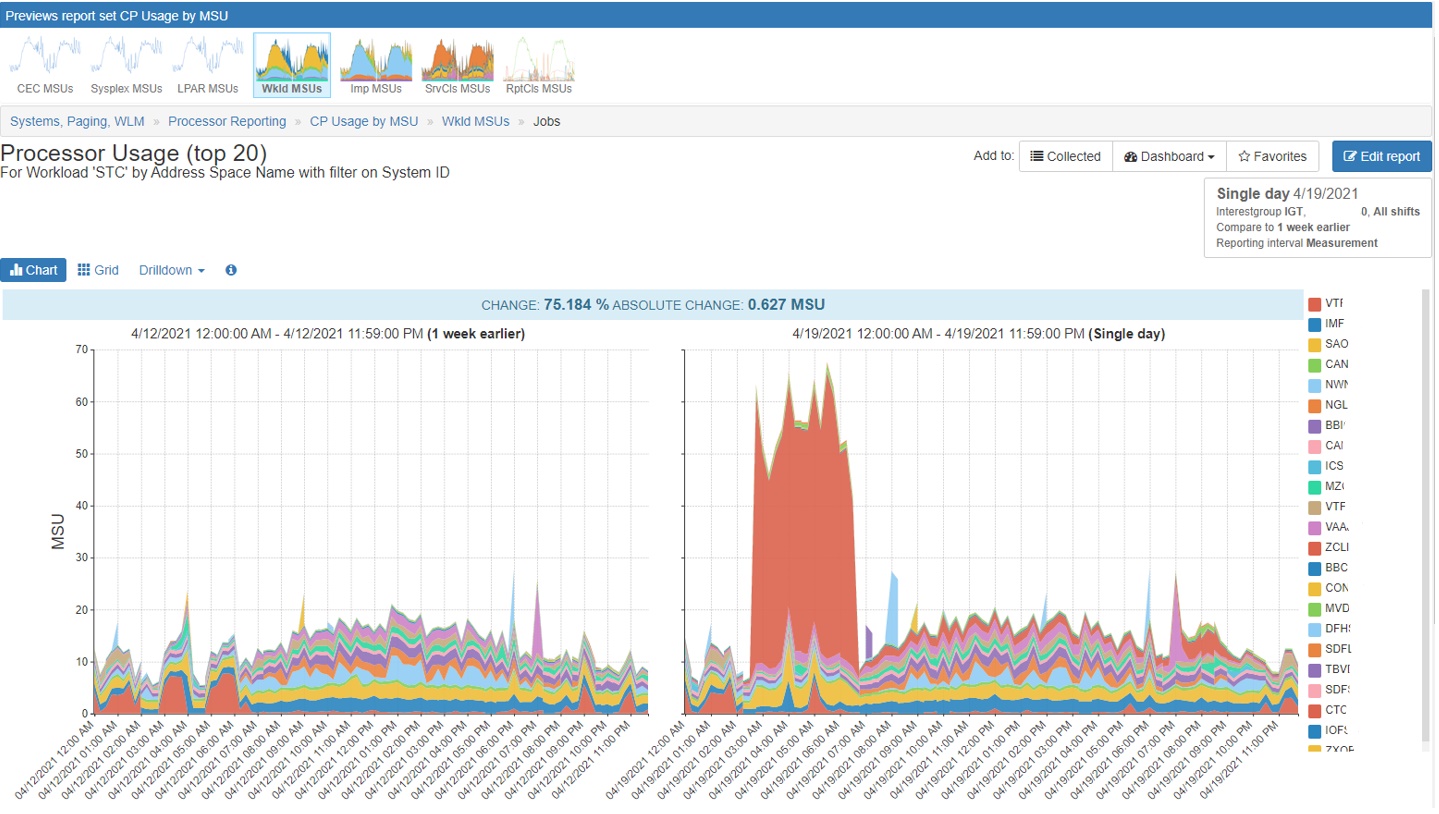 Figure 4 shows a spike of about 50 MSUs for a single address space. As with the IMS example, due diligence would show that this is not typical and not expected. Informing the appropriate team about this spike will help them investigate and remediate the issue before it happens again, in the spirit of preventing wasted MSUs.

Figure 5 shows another way you can compare CPU consumption from one day to another, for the top 20 address spaces. I like to do a quick check both ways, since some issues may be easier to spot in one format vs. another. For me however, the intuitive ease-of-use of the area charts is hard to beat.

Tip: At IntelliMagic, our consultants review charts like these as one element of proactive performance reviews. We typically do a daily review comparing a current day vs. one week ago. We compare Monday to Monday, Tuesday to Tuesday, etc., so that business workload patterns are comparable. We adjust for anomalies such as month-end or holidays and follow the data as needed, but comparing to the same day one week ago is a great place to start.

Looking for ways to reduce CPU consumption is nothing new. In fact, you could say this was considered more critical decades ago, when processor hardware was by far the most expensive component. With TFP, we are now circling back.

So, what is new? Off-peak savings matter, we have a new generation of performance analysts, and new ways to report the data. Visual comparison of CPU utilization at the workload/service class/report class/address space level is a tried-and-true approach that still applies. Leverage the power of visualization, and drill down for more detail.

There are many ways to trim MSU consumption, including those discussed in the tuning articles you’ll find here at IntelliMagic. Use them all to optimize as much as possible. Then repeat, because we all know that things change. It’s Déjà vu all over again

We all know that our z/OS LPARs rely on processors to execute the code to run our business. We also need to plan on having sufficient resources available for our workload when we design our LPARs.

From a performance perspective, IBM's Tailored Fit Pricing opens up an array of options for reducing MSU consumption. This article summarizes tuning actions that you can take at the infrastructure level to realize CPU reductions.

Discover CPU and MLC Reductions for Your Environment