Infrastructure teams today commonly face the barrier of learning different tooling if they want to collaborate with other teams and view SMF data types created by other components. This leads to the undesirable outcome of not having access to insights that are available from other SMF data types. Instead, teams are “handcuffed” by having to hand questions off to other areas to analyze other SMF data types using tooling specific to that discipline. This obstacle can be overcome through a common, intuitive, integrated interface that gives all teams visibility into the insights provided by components across the entire z/OS platform.

As sysplexes have evolved, the amount of communication and sharing across the systems has increased dramatically, facilitated by two key components:

The examples in this blog demonstrate how intuitive visibility into XCF message volumes combined with metrics from various XCF callers help provide a complete picture of the services XCF is performing and enable analysts to ensure those services are operating as efficiently as possible.

XCF is exceptionally good at reliably delivering messages at high volumes. In the environment shown in Figure 1, total volume occasionally exceeds 100K per second. I have seen rates surpassing 250K per second. 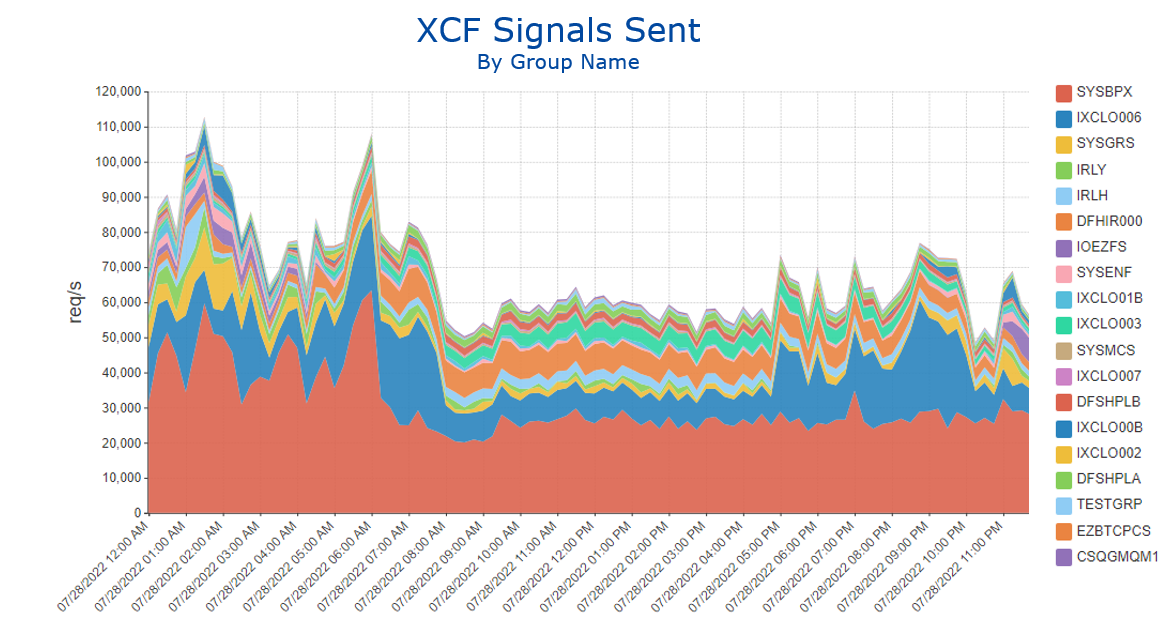 However, because XCF is so good at its job, it is often ignored. The problem with that is that sending and receiving high volumes of messages drives CPU, both for XCFAS as well as the address spaces processing the messages. As a result, system configuration decisions that generate unnecessarily high message volumes can waste a significant amount of CPU.

Another reason that XCF is often ignored is that the RMF XCF reports are prime examples of the limitations of static reports.

Frank Kyne reported that he has seen a customer’s XCF report for a single day that was nearly five million lines long. In a world where the goal is to design “user friendly” interfaces, Frank’s description of RMF XCF reports is “user hostile.”

Figure 2 shows ”XCF Signals Sent” in a line chart to identify the groups generating the most XCF activity. Some group names are self-explanatory (e.g., SYSGRS). 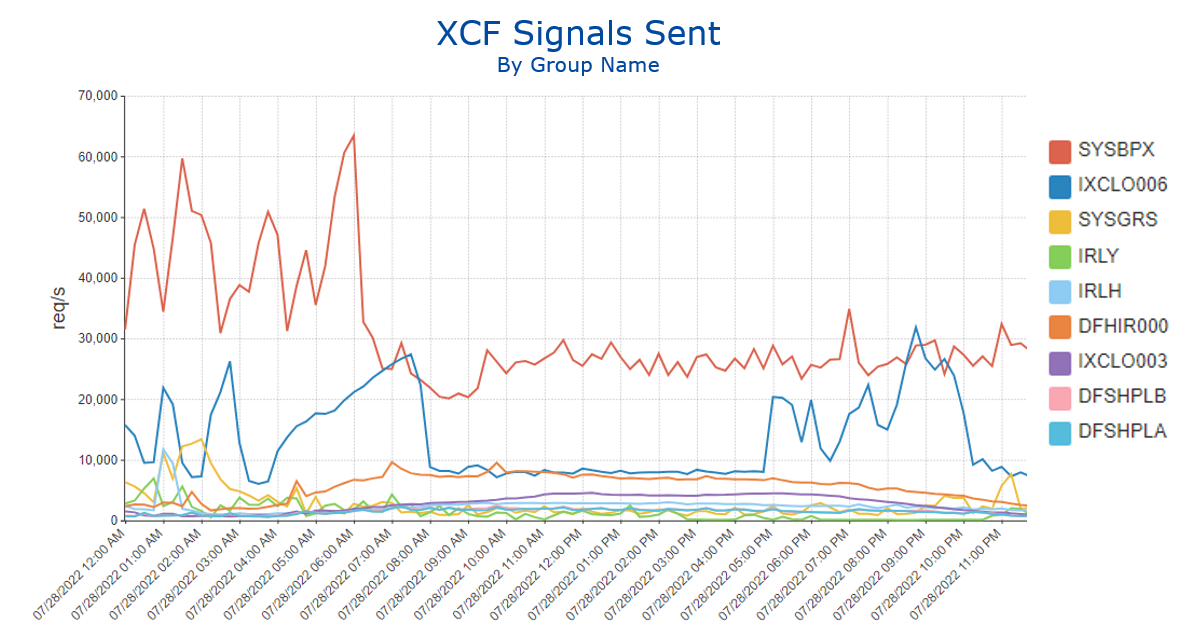 If the application correlated with the group name is not immediately apparent, as is potentially the case with the top message driver in this environment, SYSBPX, the RMF 74.2 data can “come to the rescue” since it captures the address space name of the XCF caller. In this case the address space name is OMVS, identifying these messages as being driven by Unix System Services.

Viewing the SYSBPX message volumes over multiple days by member name (which for this XCF group corresponds to the system ID) shows daily spikes at 6 AM for systems 7 and 9 (Figure 3). 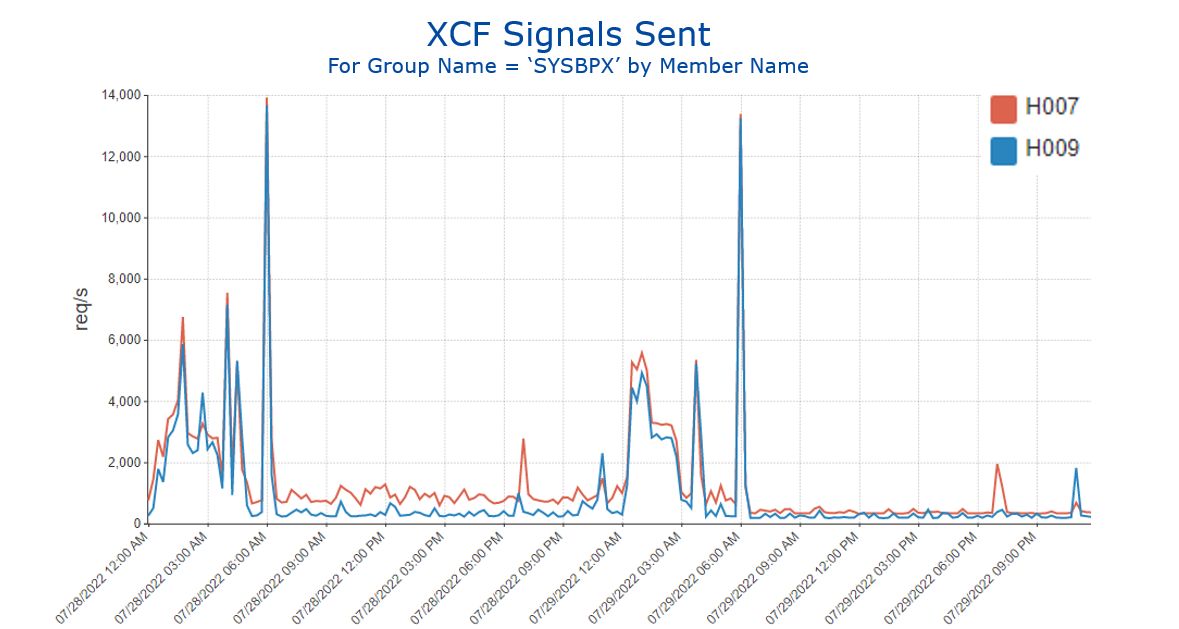 Data from RMF 72.3 and SMF 30 records can now be leveraged to view the CPU impact of these spikes in message volumes. In this environment both XCFAS and OMVS are in the SYSTEM service class.

Viewing CPU usage for that service class by address space name (Figure 4) shows spikes exceeding 60 MSUs at those times on those two systems, more than double the steady state usage.

In the past I have observed similar XCF message and CPU spikes when the OMVS file system is mounted on one system and file maintenance activity is kicked off on a system other than where the file system was mounted.

This is one example where easy visibility into XCF message volumes and other RMF metrics can be used to identify a potential CPU efficiency opportunity.

Another type of XCF message that can represent a sizable CPU savings opportunity is ISTXCF, used by VTAM and TCP/IP networking. On the prior system, ISTXCF didn’t make the top 20. But Figure 5 shows another site where there are far more ISTXCF messages than any other XCF group. 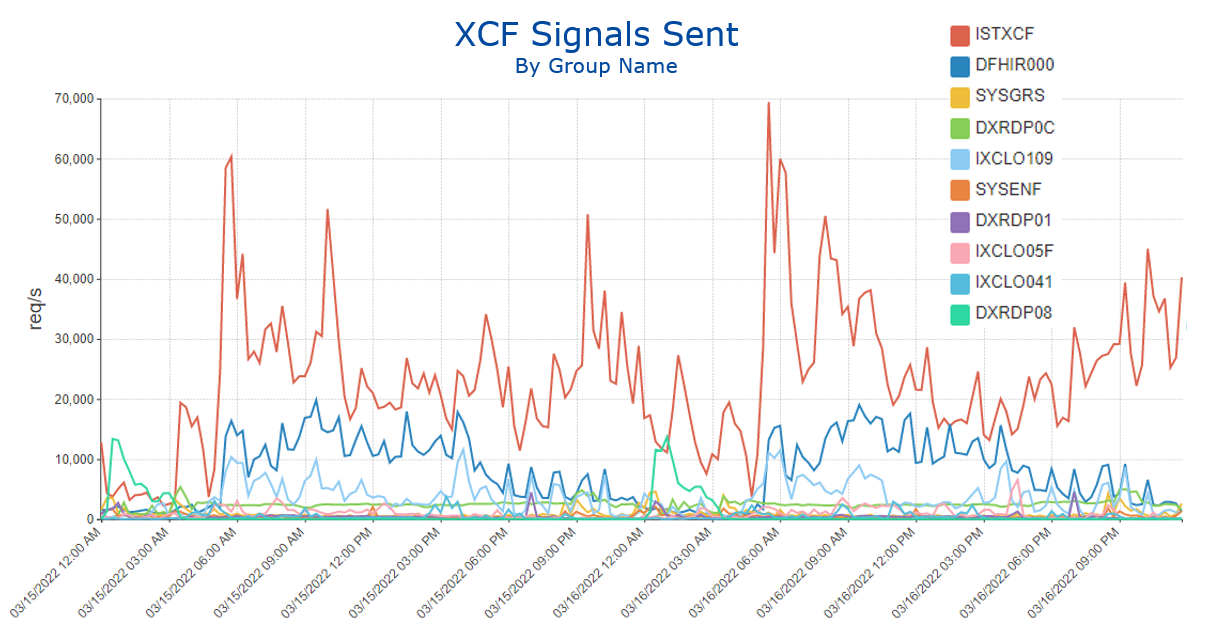 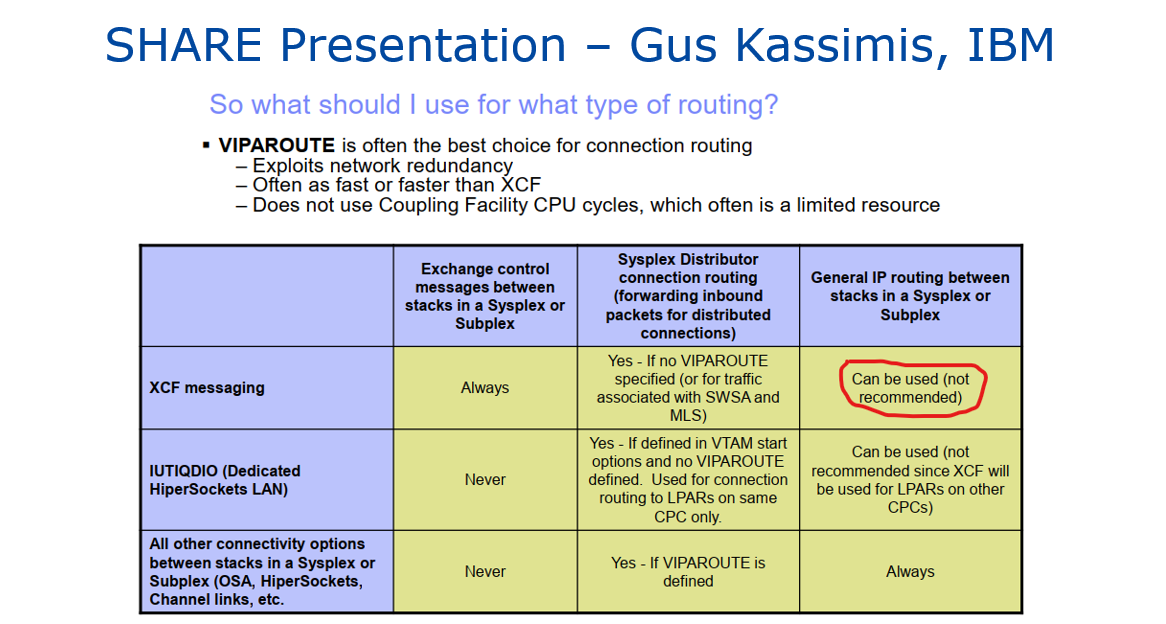 At a previous employer we encountered a jump in XCFAS CPU that was traced back to a spike in XCF message volume isolated to group ISTXCF. Collaboration with the Network team identified that the Sysplex Distributor configuration had been updated to use XCF instead of VIPAROUTE. When that was changed to its original setting, there was a 600 MIPS CPU savings across the XCFAS and TCPIP address spaces. (For more details see article “TCP/IP and XCF” in the User Experiences section of Cheryl Watson’s Tuning Letter, 2015 No. 1, pp. 32-34.)

These use cases illustrated how having easy visibility to XCF message volumes can be leveraged to and partner across disciplines to identify potential CPU savings opportunities.

Subsequent blogs in this series will provide additional examples of real-life scenarios where visibility into insights derived from multiple types of SMF data enhances analysis by providing a more complete perspective into the operation of a z/OS environment.

New Year Health Check for Your IT Systems

A suitable ongoing ‘health check’ for Coupling Facility activity provides a proactive stance and positioning to address the cost and complexity of your major mainframe applications.