We all know that our z/OS LPARs rely on processors to execute the code to run our business. These processors may be general purpose or specialty processors (e.g. zIIP). We also need to plan on having sufficient resources available for our workload when we design our LPARs.

Processor Topology – What Is It?

During our LPAR design stage, we look at the workload, set appropriate LPAR weights, and specify the number of logical processors, and type, that are required.

Physical processors rely on different levels of cache to obtain instructions and data necessary to execute the workload. This differs between zSeries hardware processor generations and is referred to as the processor topology.

Using a z15 as an example, the topology consists of processors residing on chips. These chips contain different levels of cache and are contained in clusters that are subsequently contained in drawers. Note: These terms are specific to each zSeries hardware generation. 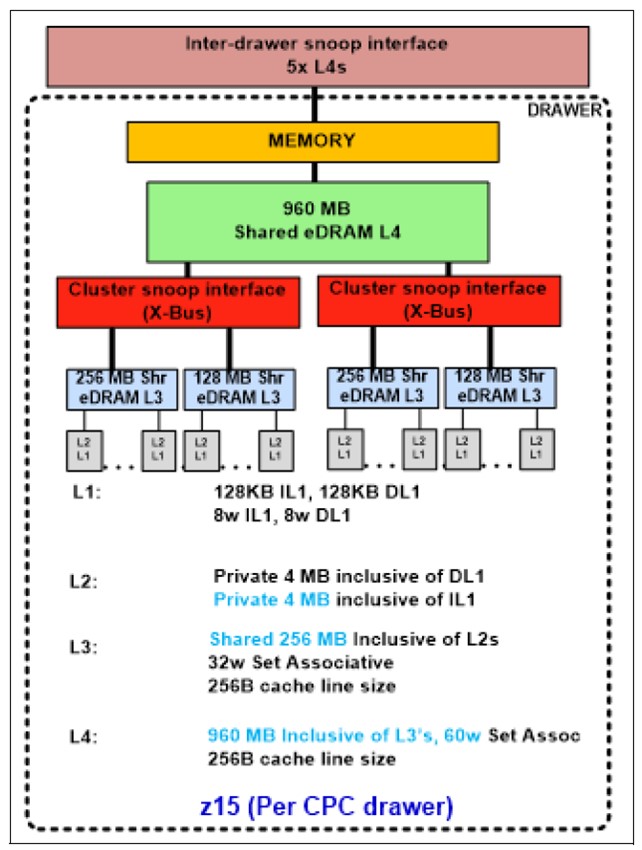 LPAR Topology – How To View It?

In IntelliMagic Vision, we support processing the SMF 99 subtype 14 HiperDispatch records. These records contain important processor information and should be gathered on each LPAR. In addition, there are other recommended SMF records so that we can have a complete picture. RMF/CMF generate CPU records (SMF 70 subtype 1) and the Hardware Instrumentation Services (HIS) process generates hardware capacity statistics (SMF 113).

Here is an example of an IntelliMagic Topology view for a single LPAR.

Notice the number, polarity of the general processors (labeled Processor Type CP), and their location on this CEC.

We can also highlight a certain connection or chip and see the relevant logical Processors. 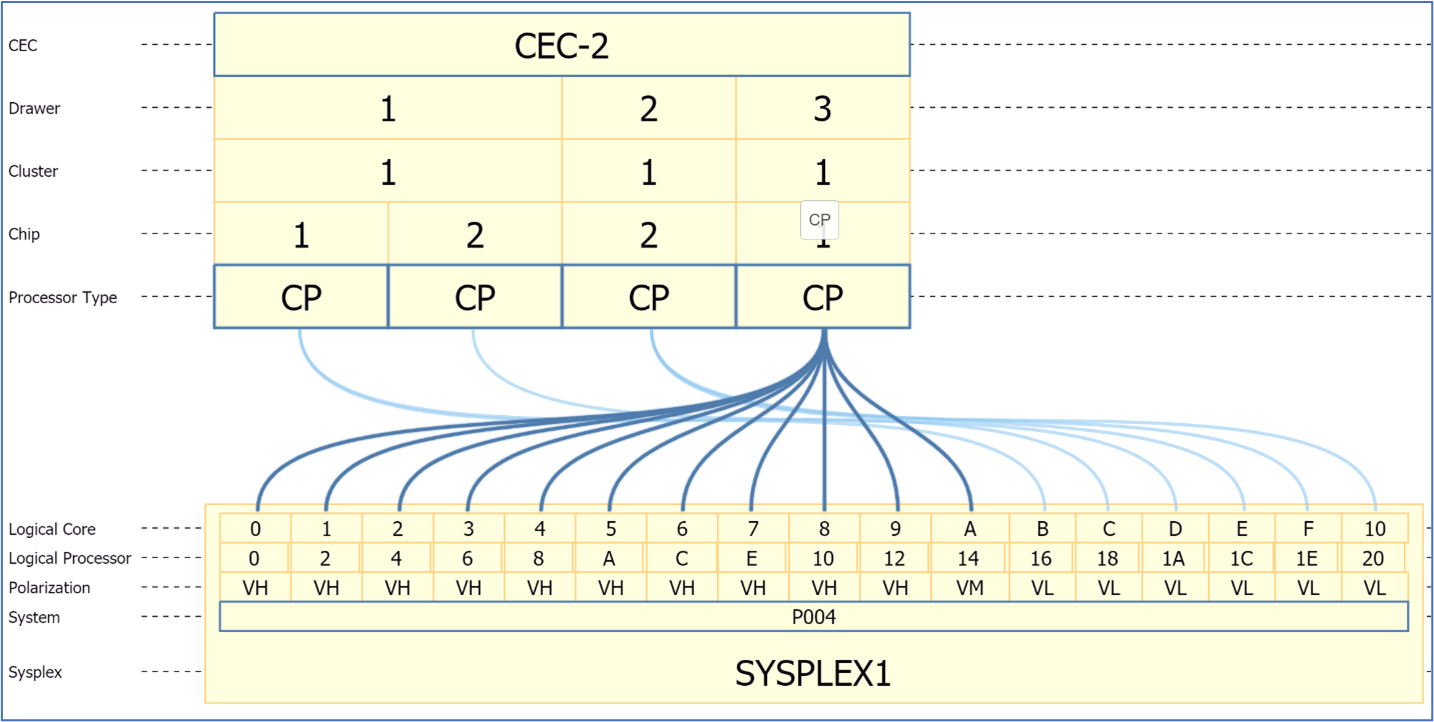 We can clearly see that the Vertical High (VH) processors and the Vertical Medium processor are on the same chip (good). The Vertical Low (VL) processors are spread across other chips, clusters and drawers. When work is dispatched and moved between these processors, it will suffer from cache misses and require many more processor cycles to complete.

We can also look at the zIIP processor Topology.

Note: When looking at the LPAR topology, it is important to realize that the processor assignments may change frequently. The topology may well be different during the peak day online time frame compared to the evening batch time frame.

Why Is It Necessary To View/Review The LPAR Topology?

We have seen that decisions made during the LPAR configuration process influence the physical processor share that each logical processor has. Work dispatched onto Vertical High processors will not need to share cache with other processors, and this will result in a more efficient cache usage and fewer processor cycles needed to complete the required work. Work running on Vertical Medium or Vertical Low processors may suffer because data may need to be staged to the processor cache.

As you can see, a Topology picture certainly contains a lot of important information, and in this form is easy to understand. It’s important for us at IntelliMagic to make it easier to view and understand complicated performance and configuration data.

Having an optimal processor configuration will result in optimizing processor and cache usage to get more work done with fewer processor cycles.

In the past, you probably only focused on MSU usage during your peak 4HRA. Now, thanks to IBM's Enterprise Consumption, paying more attention to MSUs at non-peak times literally “pays” in terms of saving real money.

From a performance perspective, IBM's Tailored Fit Pricing opens up an array of options for reducing MSU consumption. This article summarizes tuning actions that you can take at the infrastructure level to realize CPU reductions.

Discover CPU and MLC Reductions for Your Environment