Most of the data processed for IntelliMagic Vision for z/OS Tape is performance, event or activity driven, obtained from SMF and the Virtual Tape Hardware. Did you know that in addition to the SMF and TS7700 BVIR data, IntelliMagic Vision could also process information from a Tape Management Catalog (TMC)? Having this type of data available and processing it correctly is critical to answering the question “What’s using up all my tapes?”.

We’re all set up and distributed scratch lists. This is a necessary (and generally manual) part of maintaining a current tape library. It does require participation for compliance. Expiration Dates, Catalog and Cycle management also have their place to automate the expiration end of the tape volume cycle. This blog is intended to address issues that neither compliance nor automation address.

When is TMC Data Important?

I can think of two scenarios where analysis of the TMC data is helpful to uncover private tapes that need to be scratched. I’m certain there are other scenarios that also need investigation.

Processing the TMC data is somewhat problematic. First, there are many products in use by customers to perform the function of a TMC. Fortunately, by using the utility available in IBM Tape Tools, IntelliMagic Vision can support 5 different TMCs. The TMCs supported by the FORMCATS utility are CA1, RMM, Zara, TLMS and Control T. By using this utility, the information extracted from these products is placed into a common format.

Once the TMC data is extracted and processed into the common format, the next step is to process this data alongside either SMF and/or BVIR data. The reason TMC data must be processed with other data is that by itself, this data has no date or timestamp. The data from a TMC represents a snapshot of what the library looked like at a particular moment in time. To determine when that moment in time was, we use the last date/timestamp from data containing intervals to assign a date. It is possible to process SMF or BVIR data containing multiple days. In contrast, TMC data must be from a single day and the day assigned is from the last interval of the companion data. It is possible to process multiple TMCs for a tape environment, each representing a unique cross section of the tape library.

Volume Group Definitions to Assign the Applications to Library Entries

This example assigns the workload Backup to all instances in the SMF data where PGM=ADRDSSU (DFSMS/dss) and PGM=FDR* (Fast Dump/Restore) were used by the job. This definition translates well from SMF data to the TMC data, because in all cases, the TMC data contains information about what the creating program was when the data was initially written. Another classification that may work well is DSN=. Volume Group Definitions that may not work would be based on DDNAME=, DEVICE=, or MEDIA=. In some cases, this information would not be available or may conflict with the information captured when the data set was initially created.

With this information in hand, it is possible to capture a snapshot of what the Tape Library was like on a particular day for a set of applications (number of volumes/number of MB). Plot this data across multiple days/weeks/months to see tape volume/space usage increase or decrease. Over a period of a few days this information is usually uninteresting, but over a period of months, this can be very helpful information. The intent is to spot data with a seemingly permanent retention and prompt discussions with the application owner concerning expiration criteria for now and for use in the future. 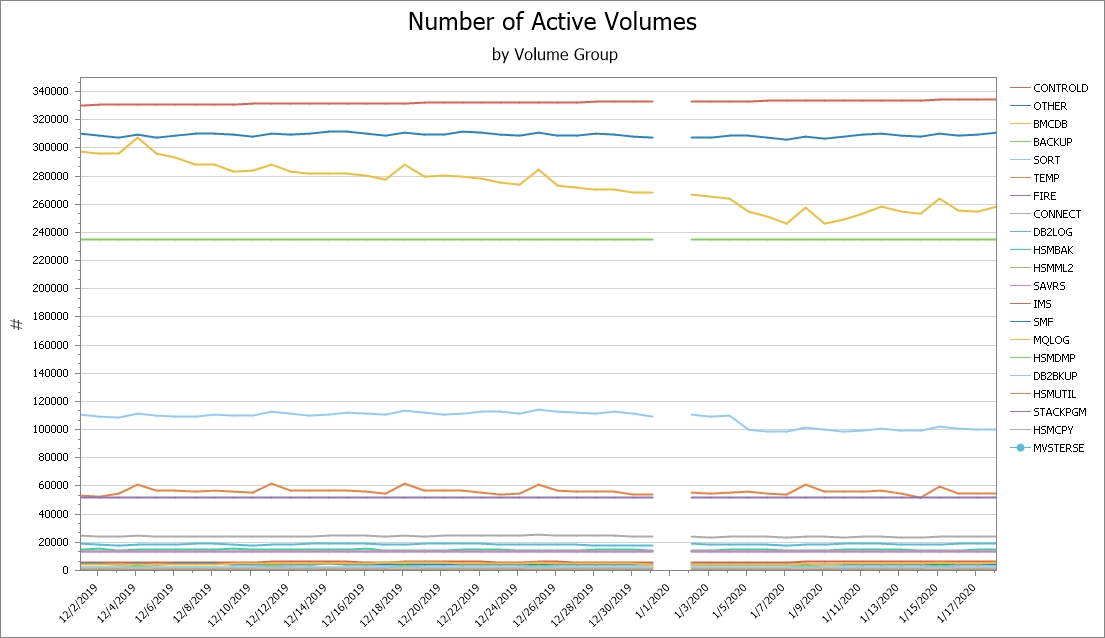 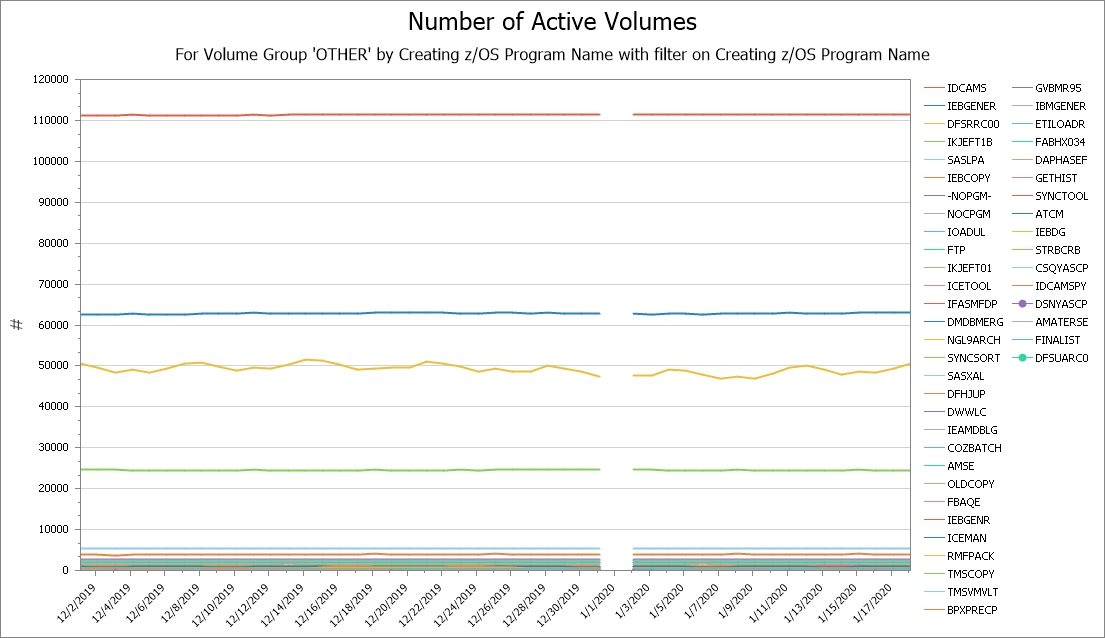 Drill down into the Other category and display the Programs

Drill down and show detail from current TMC

In summary, if the Volume groups are set up with meaningful application/workload segments, then these reports are useful to spot unhealthy trends in private tape usage over time, and identify the location of likely suspects to restore a scratch pool back to safer levels.

z/OS Anomaly Detection allows analysts to automatically detect workload and application changes, saving them countless hours of manual labor and intensive scrutiny while trying to determine the significance of changes

zAcademy: How to Make the Best of IBM’s TS7700 Virtual Tape Solution

Watch this webinar if you’ve ever experienced frustrating performance issues or just want to ensure your TS7700 environment is optimized per best practices.