This testimony was originally created in Dutch. You can read the Dutch version here.

Colruyt Group is a retail company with a diversified portfolio, from clothing stores to green energy, with supermarkets as its core business. At Colruyt Lowest Prices, Colruyt Group’s supermarket chain, the slogan is “The lowest price, for every product, at every moment.” For this slogan to be true, it is necessary to continuously compare and adjust prices. Digital price labels allow Colruyt to adjust store prices at any time of the day. To optimize this process, Colruyt has put a lot of effort in improving its IT processes which depend on efficient processing on the mainframe. Colruyt Group IT uses IntelliMagic Vision for daily insight into the consumption of these and many other processes and for a variety of other mainframe performance issues. 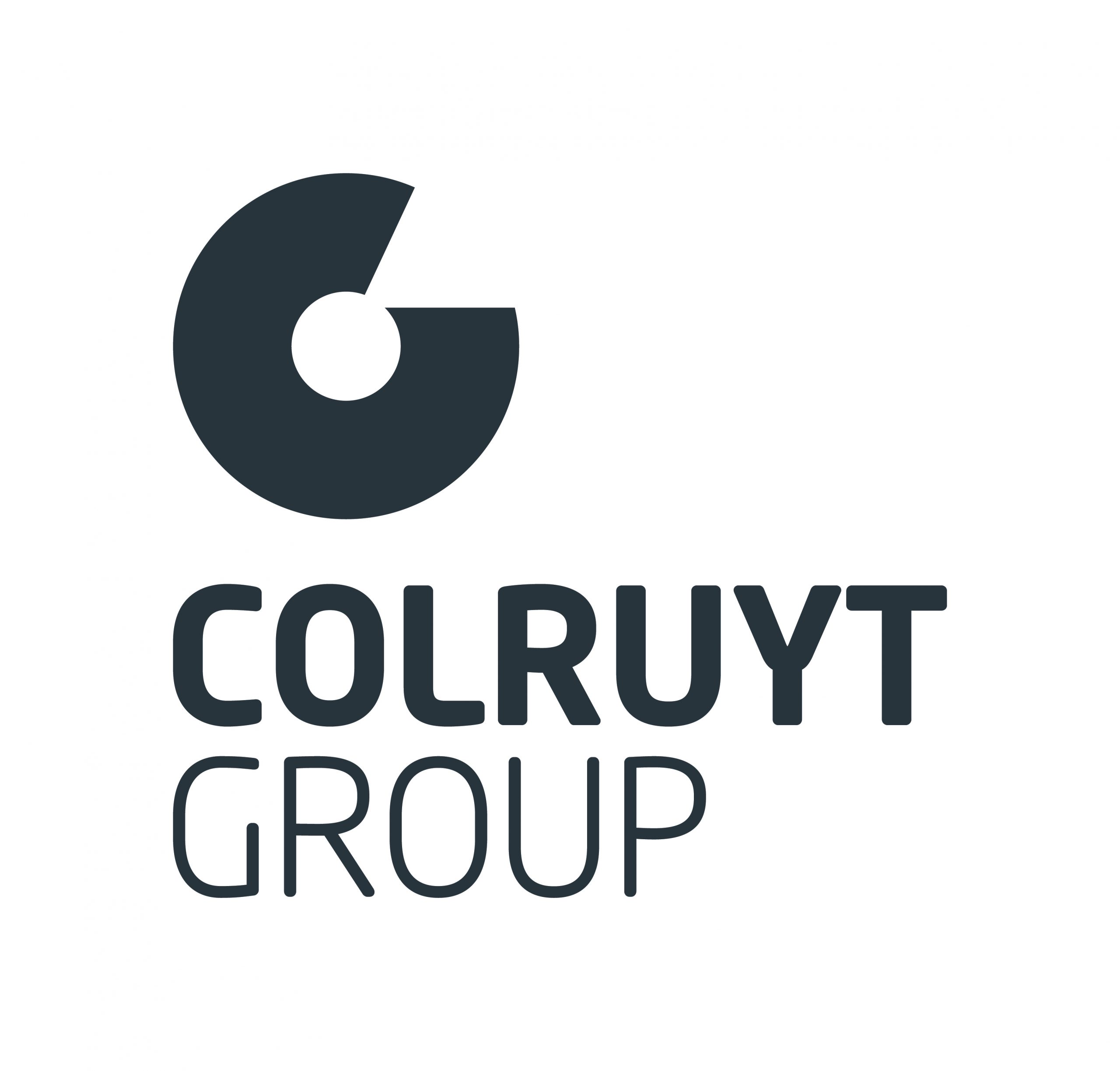 Pieter Rogge explains: “Currently, this all happens to be IBM hardware, but Colruyt Group does not have a single vendor strategy. Both the hardware and the software are reviewed every 3 to 5 years, looking at whether the needs are still covered or whether something new is required. We aim for solutions that can really help us, and IntelliMagic is a great example of that.
After an extensive RFI in which IntelliMagic Vision was screened in terms of functionality, security, and support, Colruyt Group IT chose the complete solution from IntelliMagic Vision in the cloud, including support for z/OS Disk, Virtual Tape, Systems, Db2, CICS, MQ, and TCP/IP. Pieter Rogge explains: “Colruyt Group IT needed out of the box reporting with built-in knowledge in the field of performance and capacity. As system engineers, we are specialists in our domain, but we are not all performance specialists. Also, there is no specific team for capacity planning, but it is part of the job as a mainframe system engineer. We have extraordinarily little time ourselves to write programs and create reports. The ‘out of the box’ reports from IntelliMagic Vision were therefore an initial strong plus.”

In addition, the expert knowledge in the product was especially important for Colruyt Group IT’s choice for IntelliMagic Vision. 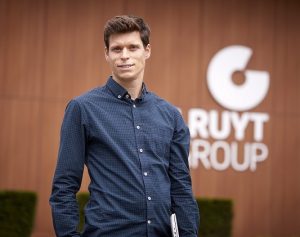 “The people at IntelliMagic know exactly what the metrics of the mainframe mean and have incorporated this into the product.

Pieter Rogge: “The reports are accompanied by an explanation: in this report you see metric X with value Y, and if the threshold is exceeded, this can have an impact. At other vendors there are also people who have a lot of knowledge, but to get explanations in the tool itself, we have not seen that much.” This aspect, according to Pieter Rogge, is unbelievably valuable for new colleagues in the team: “IntelliMagic Vision contains knowledge that sometimes is not initially thought of, but which can be particularly useful for the work of the system engineers. A new colleague in the CICS domain, for example, can immediately learn a lot just by looking at the CICS reporting in IntelliMagic Vision.”

The system engineers use IntelliMagic Vision daily to look at the numbers and see trends. Pieter Rogge describes: “In the old tool, this was very static: SAS programs that wrote HTML reports, with static graphics. If we wanted to change something, we had to change the program first, very impractical.”

Pieter Rogge praises the ease of use of IntelliMagic Vision: “You can easily slice-and-dice, and reports are easy to change interactively. For example, by choosing another chart type, adding another metric, or displaying a metric in another unit. If necessary, one can also build a new report from scratch, which is then immediately available, including history. Exchanging information between colleagues is also amazingly easy because you can simply copy the URL of a report and send it to a colleague. They will see exactly the same – very convenient! Colleagues share charts with each other on a daily basis.”

Pieter Rogge works mainly in the performance domain and in the z/OS domain: “For me, the reports on consumption are particularly interesting. These are grouped within WLM, so report classes, jobs, and started tasks. I can quickly see how much CPU and how much zIIP they consume. What makes it very useful is the drilldown capability. For example, if I see a high usage in Db2, I zoom in on the report classes there. Within the report class, you can see which software, started task, or job is causing the spike.” He also mentions the reports around the 4-hour rolling average.

For colleagues in other domains, other reports are of interest. Specialists around CICS find the response times and numbers of transactions within the CICS regions the most important. In the MQ domain they are mainly concerned with monitoring queues, how many messages are on them, or how many gets and puts are being made. Also in the other domains, such as storage and Db2, many reports are consulted on a daily basis. Because Colruyt Group IT uses all modules of IntelliMagic Vision, it is deployed within a large number of mainframe domains and used on a daily basis for usage analysis and monitoring.

“It has become indispensable for this monitoring. If someone were to suggest that we stop using IntelliMagic, I expect that many colleagues would say: Then we have a problem, because we would be blind in several areas. Then we would have to write a whole bunch of extra reports.”

Pieter Rogge was surprised by the number of reports in IntelliMagic Vision: “Other vendors often say they can create any report. The point is, we don’t know in advance what we want to see. The pleasant thing is that many reports are already standard in IntelliMagic Vision, and the history is built from day one. If we need a report, it is immediately available to us, including the history. This is often lacking with other vendors.”

Colruyt Group IT is very satisfied with the support. They prefer not to need support, but if something does happen, they can quickly start solving the problem, because IntelliMagic knows the set-up and data flow and the product is running in the cloud. So, the IntelliMagic support department can access it directly. Pieter Rogge concludes: “IntelliMagic is a partner you can work with, who you can ask relevant questions and who can actually answer our questions technically. With IntelliMagic Vision, we not only have a superior product, but also good people who can help when we have problems. It’s an excellent match!” 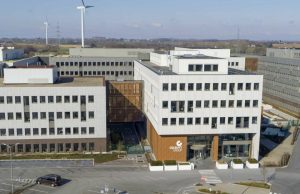 Colruyt Group is active in food and non-food distribution in Belgium, France, and Luxembourg, with an extensive store network. The group is a majority shareholder in The Fashion Society. Other activities include energy supplies and document management solutions. The group has more than 32,000 employees.

May 11, 2022 | TrustRadius announced today that IntelliMagic Vision for z/OS has won the 2022 “Top Rated” Award in the Mainframe Monitoring category.

zAcademy: Insights You Can Gain from Integrated Visibility Across Types of SMF Data

Expand your awareness of ways your analysis can benefit from combining insights across z/OS data types.

Experience firsthand the deepest visibility into your z/OS systems, processors, network, disk and tape environments. Whether you’re in the early stages of product research, evaluating competitive solutions, or trying to solve a problem, we’re happy to help you get the information you need to move forward with your IT initiatives.