Monument Health is a community-based health care system with a mission to make a difference, every day. The system offers care in 31 medical specialties and serves 12 communities across western South Dakota. With over 5,000 physicians and caregivers, Monument Health is composed of 5 hospitals and 38 medical clinics and specialty centers.

While planning a migration to a new data center, Monument Health had to temporarily run the majority of their IT operations from a single existing data center – greatly increasing the load on systems and the risk of service disruptions. At the time, performance was monitored with multiple storage management tools. When problems arose, they had to manually extract detailed information from multiple sources in an attempt to diagnose the problem. Managing this process was difficult, disjointed, and time-consuming. 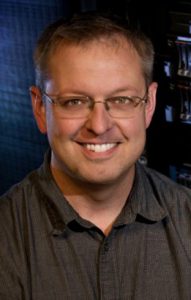 Monument Health wanted to simplify the process and become proactive in their storage performance management, such that they could avoid service disruptions by seeing problems coming ahead of time. Clint Oyler, Senior Systems Engineer at Monument Health, says: “We chose IntelliMagic Vision because of its ease of use and its ability to tie all aspects of storage together to identify issues.”

We resolved SAN problems by using the drill-downs on charts for issues that IntelliMagic Vision has made us aware of. With IntelliMagic Vision, it is much easier to view the environment as a single entity rather than many disjointed parts. Having a single source to look at makes it easier to identify potential problems.

Recently, IntelliMagic Vision was instrumental in resolving an issue during the temporary migration to a single data center. Oyler explains: “With the increased workload, we noticed that our response times increased significantly at random intervals during the day. I originally thought the problem was isolated to a single storage system, but IntelliMagic Vision revealed that the spikes were occurring across the enterprise and that the majority of our VMWare stores were affected. IntelliMagic Vision proved that the issue was coming from the front end. The root cause was not a problem inside the storage infrastructure, but an anti-virus program that was scheduled to update all our servers at the same time. Once this was changed, we used IntelliMagic Vision to make sure performance had improved.”

Monument Health is very satisfied with the interaction with IntelliMagic.

The IntelliMagic support team has been very responsive and easy to work with. When we have an issue they address and resolve it in a timely manner – says Oyler.

“The implementation process was very straightforward. I had all the help I needed to have the product up and running in a very short time frame.”

Oyler summarizes: “Time spent doing daily system checks for storage has decreased because we get all the information we need from the IntelliMagic Vision dashboards. They give a great view into the systems and a baseline to prevent issues. The ability to proactively identify potential issues and use that information to drill down and discover root causes is the greatest benefit of this product.”

Headquartered in Rapid City, S.D., Monument Health is a community-based health care system with a mission to make a difference, every day. The system offers care in 31 medical specialties and serves 12 communities across western South Dakota. With over 5,000 physicians and caregivers, Monument Health is composed of 5 hospitals and 38 medical clinics and specialty centers. Monument Health is a member of the Mayo Clinic Care Network. monument.health